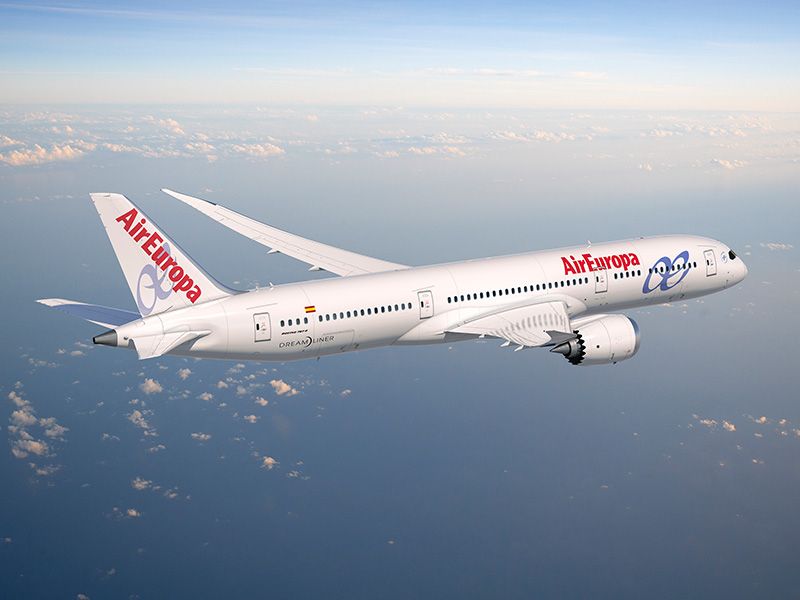 Air Europa has launched its latest route, set to operate daily from Madrid to Bogota on its latest generation aircraft, the Boeing 787 Dreamliner.

Air Europa chairman Juan Jose Hidalgo cut the ribbon at the inauguration in Barajas airport Madrid and was among passengers on the first flight to Bogota, the city thought to be the economic, cultural, political, financial and touristic hub of Colombia.

The new destination of Bogota further consolidates Air Europa’s growth in the Americas and its position as the leading airline between Europe and America.

From July 14th to September 15th Air Europa will also fly twice weekly to Veradero and in December it will fly to Guayaquil, Ecuador and Cordoba, Argentina via Asuncion, Paraguay.

To the original source: http://www.breakingtravelnews.com/news/article/air-europa-launches-new-bogota-route/