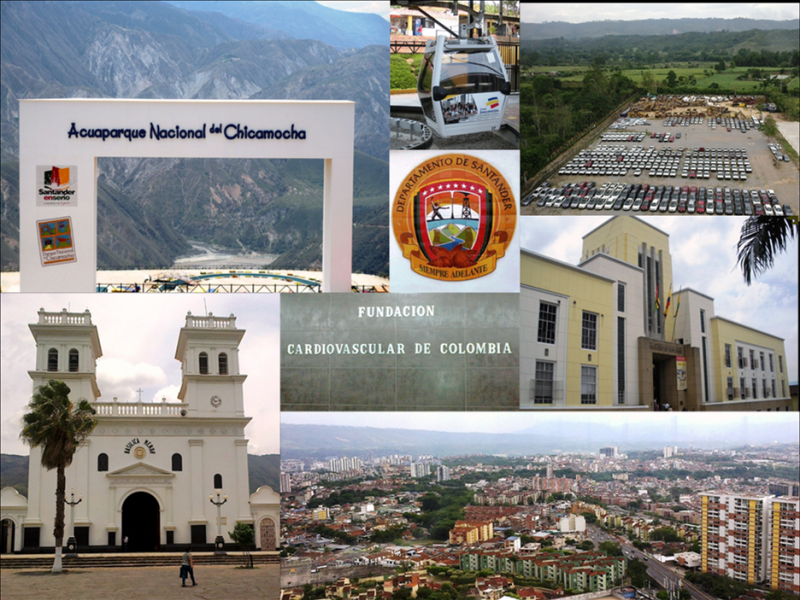 When the World Bank’s Competitive Cities team set out to analyze what some of the world’s most successful cities have done to spur economic growth and job creation, the first one we visited was Bucaramanga, capital of Colombia’sSantander Department. Nestled in the country’s rugged Eastern Cordillera, landlocked and without railroad links, this metropolitan area of just over 1 million people has consistently had one of Latin America’s best-performing economies. Bucaramanga, with Colombia’s lowest unemployment rate and with per capita income at 170 percent of the national average, is on the threshold of attaining high-income status as defined by the World Bank.

Bucaramanga and its surrounding region are rife with contrasts. On the one hand, it has a relatively less export-intensive economy and higher rates of informal business establishments and workers than Colombia as a whole. Indeed, informality has often been cited as a key constraint to firms’ ability to access support programs and to scale up. On the other, Santander’s rates of poverty and income inequality, and its gender gap in labor-force participation, are all better than the national average, and it has consistently led the country on a number of measures of economic growth, including aggregate output, job creation and consumption.

But the numbers tell only part of the story. A qualitative transformation of Bucaramanga’s economy is under way. Once dominated by lower-value-added industries like clothing, footwear and poultry production, the city is now home to knowledge-intensive activities such as precision manufacturing, logistics, biomedical, R&D labs and business process outsourcing, as well as an ascendant tourism sector. Meanwhile, Santander’s oil industry, long a major employer in the region, has been a catalyst for developing and commercializing innovative technologies, rather than just drilling for, refining and shipping petroleum.

All these achievements are neither random nor accidental: They are the result of local stakeholders successfully working together to respond to the challenges of globalization and external competitive pressures.

Starting in 2006, Bucaramanga’s Chamber of Commerce spearheaded the formation of a regional growth coalition, which became a model for Colombia’s other departamentos. In formulating their economic development strategy, Santandereanos avoided some typical pitfalls, like chasing after the latest industry fad or setting unrealistic (or unmeasurable) targets. Well-versed in the latest international thinking on cluster development and industrial policy, they employed an evidence-based approach that built on Santander’s competitive assets, collectively set priorities and achievable goals, assigned specific responsibilities, and committed to timelines. Progress is continuously measured and course corrections are made whenever they are needed. The emphasis has been on implementation, rather than on developing a strategy for its own sake.

Why has Bucaramanga been so successful in these endeavors, while so many other cities have not?  Undoubtedly, the city's strong sense of local identity has played a role. According to experts we interviewed in Bogotá, Santandereanos are known for their independence, but are also recognized for their willingness to act in concert to advance their region’s interests at the national level. For example, the Santander caucus in Colombia’s Congressoften votes in sync, irrespective of party affiliation, when their home region’s interests are at stake. That has helped attract central-government investment in capital projects like highways and commercial navigation along theMagdalena River.

This high degree of social cohesion is accompanied by a very engaged and socially responsible private sector, organized through the Chamber of Commerce. Bucaramanga has been a leader in involving the private sector in the provision of infrastructure and municipal services (such as utilities and mass transit), so its business community’s leadership in the city’s pro-active economic development efforts is hardly surprising. The chamber has implemented a range of targeted assistance programs and has helped local firms use business-support tools provided by Colombia’s central government.

In addition, Bucaramanga has some of Colombia’s highest levels of human capital, including both technical and management skills, and its business and civic leaders have a keen understanding of global business. Renowned as a center of learning, the city is home to some of the finest universities and secondary schools in Colombia.

The Bucaramanga case study is the first in a series of six reports on economically successful cities, one from each region of the world, produced by the World Bank Group’s team with funding from the Competitive Industries and Innovation Program (CIIP). The case studies will be published in late 2015[1].  Each case study will provide a more detailed account of precisely what each city did to achieve the success that it now enjoys, and will explain how it went about doing so.

To the original source: blogs.worldbank.org/psd/competitive-cities-bucaramanga-colombia-andean-achiever